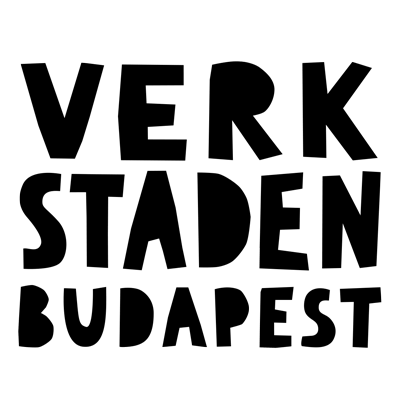 Your cart is empty! Start shopping

We are a group of young people consisting of graphic designers and freelance artists from Hungary’s capital, Budapest.

The name VERKSTADEN means ‘workshop’ or ‘studio’ in the Swedish language and it aims to describe both the place, as well as the nature of the project, which is to embrace young and talented individuals to express their ideas, inspire each other and create together. After having spent two unforgettable years in Scandinavia between 2009-2011, Palma got close to the Swedish language and culture, hence the name Verkstaden.

This, originally, solo-project quickly started to grow into a team of enthusiastic fashion students and graduates, and in 2015, we officially launched the brand Verkstaden.

Apart from designing new clothes, there is a side-project as well, called SECOND GO. As the name suggests, it means that we do not only design new items, but we also hand select and redesign second-hand clothes and accessories, this way giving them a ‘second go.’ These constantly changing and 100% unique pieces are only available at our store in Budapest:
1084, Budapest Vásár utca 4.
OPEN: Thursday and Friday: 12:00-19:00 Saturday: 12:00-17:00

The Verkstaden Team and Collaborations:


Each product is designed & printed by us in Budapest, Hungary.
And, of course, the flow of exciting ideas of the team is unstoppable!